There’s nothing more satisfying than seeing someone’s face light up with pleasure and amusement when you give them a really unusual gift. And finding comedy gifts for people with a sense of humour has never been easier, so ditch the flowers, boxes of chocolates and other predictable gifts, and give the gift of laughter instead.Here are our favourite comedy gifts for people with a sense of humour. But be warned: some of these comedy gifts are very, very silly  in the best possible way, of courseComedy NotepadsYou’d be amazed how much fun can be had with a pre-printed comedy notepad. Take the Apology Notepad, for example. Tick a number of boxes to explain your bad behaviour  including “I was being selfish”, “I forgot” and “it just happened” – and then hand the note to the victim of your misdeeds. Even if you’re not instantly forgiven, a note from the Apology Notepad is funny enough to ease the tension.If you’re looking for a comedy gift for someone who enjoys being a bit bossy, try the Or Else Notepad  100 sticky sheets of instructions such as “file this”, “get lunch” and “go away” followed by “or else” clauses like “I’ll cry”, “youre fired” and “were all doomed”. The Or Else Notepad is an excellent comedy gift for a boss with a sense of humour  or for a busy mum who needs to nudge the rest of the family into line from time to time.The Fashion Citation Pad really tells it like it is. Pointing out fashion faux pas such as camel’s toe, inappropriate bulges and excessive denim, the Fashion Citation Pad is an excellent comedy gift for the fashion-conscious, and for people that are just shallow enough to admonish those around them for looking like they’ve dressed in the dark.  And for those that still havent quite joined the digital revolution, there’s the Email Notepad; scribble an email address, the date and time, subject and message onto an email note, and then tick a box to “send”. There are even options to mark the message as spam, or include an attachment. Remote Control LederhosenSinging leather trousers? Whatever next? Remote Control Lederhosen are utterly daft, and never fail to raise a giggle. Controlled by a sausage-shaped infra red remote control, the Remote Control Lederhosen hop across the desk or floor, yodelling as they go.  Is there any point to the Remote Control Lederhosen? Probably not, but isn’t that usually the way with comedy gifts?NunzillaNunzilla is a plastic wind-up nun, which will wander around your desk shooting sparks out of her mouth. Nunzilla is a hilariously pointless comedy gift, sure to raise a smile even though she’s ever so slightly scaryRacing RoyalsImagine The Queen, The Duke of Edinburgh, Prince Charles and Camilla racing each other across your kitchen floor. Who do you think would win?  Unfortunately, we can’t arrange for the actual Royal Family to compete in a 100 metres dash in your house, but we can provide an almost-as-funny alternative, in the form of Racing Royals. These four wind-up plastic toys are hilarious caricatures of the Royal Family, and although you wont get a knighthood if The Queen wins the race, youll still have a royally good laugh.Encyclopedia of ImmaturityIf you need a comedy gift for someone with a silly sense of humour, the Encyclopedia of Immaturity is absolutely perfect.This 400-page book is the ultimate guide to all things daft, from kidnapping yourself with your own arm to learning the best way to walk downstairs. If you’ve ever wanted to know how to bounce a donut, then you need wonder no more  because it’s one of the daft subjects that are expertly explained by the Encyclopedia of Immaturity.The book is beautifully bound and illustrated, and it’s the ultimate comedy gift for anyone that’s a bit on the immature side. And if we’re honest, there’s probably not a person in the world who doesn’t enjoy being even a little immature from time to time  even in secret Source: Free Articles from ArticlesFactory.com

ABOUT THE AUTHOR
Anna Clare is Website Manager at ShinyShack.com, one of the UK’s leading suppliers of unusual gifts and comedy gifts. 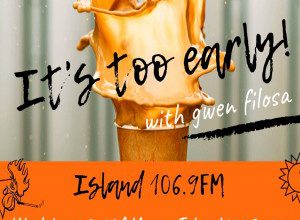