One such star that has made his way to a premier role on Las
Vegas Boulevard is Lou Gazzara of VEGAS! The Show! Lou has been wowing
audiences since the young age of 17, he was the youngest contestant to ever
reach the finals of American Idol.

Being featured on American idol was no easy feat ( as you
may have seen for years) it requires a high level of talent and dedication to
actively compete with some of the best voices in the country! Since being
featured on the hit television series, Lou has managed to land spots performing
in productions all around the country and has been featured in some of the most
vaunted shows in Las Vegas.

Now Lou has managed to quite a name for himself, working on
his own solo album in between his shows, he is even hard at work on a brand new
Christmas themed album. But Lou isnt a Vegas Native, he was born and raised in
New Jersey and when he began his time on America Idol Lou ended up beating out
over 70,000 contestants! Making it to the final round, the national exposure
proved to be just what he needed as doors across the U.S. opened up for him.
After highschool Lou dedicated himself to the art of entertaining and from
there began his career!

Over time Lous career was on the rise as more and more take
notice of this natural talent from jersey. Taking on acting roles alongside
some of the nations biggest stars, Lous popularity motivated him to dedicate
his career to singing. From there Lou managed to land his first role in Las
Vegas and well, here we are today!

Lou was features in the critically acclaimed Legends in
Concert. For 5 months Lou showcased his talents with his pristine background
and resume, many big names began to take notice of this young new Vegas star. Living
on a philosophy of the more you perform the better you get, Lou began a steady
growth in his talents and career as he began to build a legacy not at all
uncommon in Vegas. A natural philanthropist, Lou has proudly performed for a
wide range of different charity events and has developed a special connection
with every one of his fans.

Now days Lou takes center stage in what is without argument
the only show in Vegas about Vegas! In a show that gives tribute to some of Las
Vegas biggest stars, relive all of the history of Sin City as it happens right
before your eyes! So dont miss out on your chance to see this national
superstar Lou Gazzara

, perform live only at Saxe Theater and get your tickets
to the critically acclaimed VEGAS! The Show. 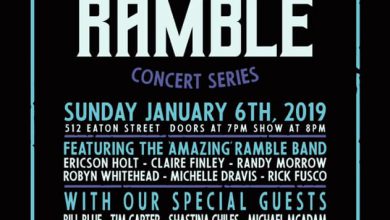