The members of Jefferson Starship past and present have been exploring the mysteries of music for more than 1000 collective years. Give or take. But who’s counting?Jefferson Airplane founding member Paul Kantner created Jefferson Starship with that collective spirit in mind and carried it with him throughout his life.Kantner knew that combining powerful creative forces, personalities and talents could create something far greater than the sum of its parts. Between 1974 and 1984, Jefferson Starship released eight gold and platinum selling albums, twenty hit singles, sold out concerts worldwide and lived out legendary rock and roll escapades.Today’s Jefferson Starship remains dedicated to breathing new life into the living catalog of the Jefferson legacy, going to the edge, pushing the sonic boundaries and staying true to the original spirit of the music, on and off stage.In 2014-15, the band played a series of free concerts for America’s Veterans and was awarded a Certificate of Appreciation from the US Department of Defense.Co- founder David Freiberg also started another Fillmore- era San Francisco band, Quicksilver Messenger Service, who often shared the bill with the Grateful Dead and Jefferson Airplane. David is a world class singer, producer, composer and multi-instrumentalist. He was also a member of Jefferson Airplane, and co- wrote one of Jefferson Starships all-time biggest hits, Jane which he sings. David is the band’s Buddha and guru. If you get into the same room with David, you will be blessed.Donny Baldwin became part of the San Francisco music scene in the early 70s growing up there. From 1973 to 1978 Donny was with the Elvin Bishop Band. During this time he toured and recorded six albums, which included the #1 hit single, Fooled Around and Fell In Love. Donny was a member of Jefferson Starship from 1981 to 1989. In January 1994, he joined the Jerry Garcia Band. He has toured and recorded with Kenny Loggins, Pablo Cruise, Chuck Berry, Van Morrison, Ronnie Montrose, Greg Allman, Heart, Lydia Pense & Cold Blood, .38 Special and Eddie Money. Donny returned to Jefferson Starship in 2008. His driving, rock solid grooves are the backbone and his super- high harmonies provide a glorious sheen to the sound of the band.Cathy Richardson joined Jefferson Starship in 2008, and anchors the historic role made famous by Grace Slick. Her professional credits include fronting her own bands- CRB, Macrodots and Nelson Street Revival- producing and releasing seven independent albums. She was nominated for a GRAMMY Award for Art Direction of Cathy Richardson Bands 2003 release, The Road to Bliss.” She starred as Janis Joplin in the original Off Broadway cast of Love, Janis and also in Chicago, Sag Harbor, NY, San Francisco, Phoenix and Tucson and has toured the US as lead singer with Janis’ original band, Big Brother and the Holding Co. Cathy recently released a download-only single, What I Am, available on iTunes. Chris Smith joined Jefferson Starship in 1998, instantly winning the job of keyboardist, after touring with the Supremes and Lou Bega. Chris’ film and television music has been heard on dozens of shows including the #1 rated series CSI and the Academy Awards telecast. In 2000, he assumed the seeming impossible task of playing piano AND (synth) bass simultaneously. Chris has been keyboardist longer than any in the bands history. Chris grew up in the suburbs of Connecticut and currently resides in Los Angeles. Lead guitarist Jude Gold jumped in for a 10 country, three- month international tour with 48 hours notice- when Slick Aguilar had to drop out to deal with a life threatening illness- and continues to this day to freak us all out with his awesomeness. Jude’s innovative, monster chops take the Jefferson songbook to new dimensions and have made him an irreplaceable ingredient to the band’s sound. Jude has toured with contemporary stars Miguel Migs, Stu Hamm and JGB. He’s an instructor at Musicians Institute, Los Angeles Editor at Guitar Player Magazine and host of the podcast, No Guitar is Safe. 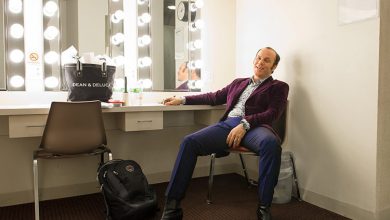 May 18, 2019
Check Also
Close
Tours, Sightseeing, Events
Click here to check out our massive list of Key West and Florida Keys events, tours, sightseeing and more!
Follow Us
5,230
This Day In History