Today most of us are familiar with Singer sewing machines. Yet, it was not Singer who created the first sewing machines. For the five decades following the first industrial revolution and the first sewing machines, a lot of men tried unsuccessfully to design smaller machines for home use. But the first design that closes resembles the sewing machine we know today, came into the picture in 1945 in the creation of Elias Howe. Upon patenting the first home sewing machine, Howe attempted to get people in England to buy into his design. During his absence, others began making money off of sewing machines they created, which emulated Howes design. One of the most successful at his design was Isaac Singer, the name most of us have heard of today. However, what made Singers design better was that he added the foot pedal, upgrading Howes design and that of others. Upon his return from the mother land, Howe sued Singer for copyright violation and won. Singer then had to pay Howe a fee for every sewing machine he sold. After the court case, Singer along with lawyer Edward Clark created a payment program, allowing homeowners and regular folks to apply for a payment plan which gave everyone the chance to own a sewing machine.

Yet, in the 1850s through the 60s it was Wilson and Wheeler who lead the production of sewing machines. Wilson and Wheelers model was quieter than the previous sewing machine models. During this time everyone was hoping to get a piece of the pie by creating sewing machines and threatening to sue for infringement. This chaos was known as the Sewing Machine War, which came to an end in 1856 with a signed agreement called the Sewing Machine Combination. This made a collectivity of the patents from the four leading sewing manufacturers. Those who were not part of the collectivity and wanted a patent had to obtain a license and pay royalties per sewing machine they sold. This remained until 1877 with the expiration of the agreements and as a result of the collective patents.

, or maybe not! One thing for sure is that the sewing machine also saw its emergence during the first industrial revolution. 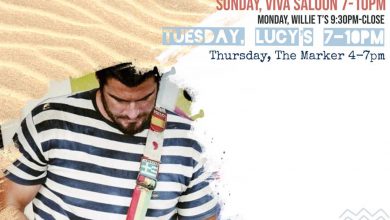 The Pride, by Alexi Kaye Campbell