Key West Art & Historical Society celebrates historic and contemporary folk artists of the Florida Keys and the islands' influence on their work. The new exhibit opens Friday, July 6, with a special reception held from 6 p.m. – 7:30 p.m. in the Bryan Gallery at the Custom House Museum, 281 Front Street. Discover how folk artists Stanley Papio, Makiki, Mario Sanchez, Jack Baron, Ronny Bailey, Frank Balbontin, Papito Suarez, and others celebrated and expressed their cultural identity through community aesthetics, and view the paintings, sculptures and wood carvings that reveal how the flora and fauna (islands), the originality (imagination), and atmosphere (instance) of the Florida Keys have shaped them artistically.
Contact: 305-295-6616 ext 112

Islands, Imagination and Instance: Florida Keys Folk Art brings together paintings, sculptures, mosaics and wood carvings by folk artists working in the Florida Keys, both historic and contemporary. Variously termed folk, primitive, visionary, naïve, and outsider, these artists have played a significant role in our local community. Unlike academic or fine art, folk art typically derives from deeply-rooted community traditions, with master craftspeople developing a local style emulated by others and passed from one generation to the next.

The flora and fauna (islands), the originality (imagination), and atmosphere (instance) of the Florida Keys have shaped the way in which they express themselves artistically. These are individuals that do not necessarily create art for financial gains; they do it because their artwork allows them to discover their true being. Their work represents the Florida Keys, and it tells the tale of tradition, of cultural identity; it is a part of everybody’s everyday experience. A folk artist may create highly personal images drawn from popular culture, memory, and the artist’s cultural or ethnic heritage. Whatever the method, folk art is valued for its beauty and expressive power, for dynamic linear forms, intense colors, the combination of decorative and utilitarian concerns, and the sense of familiarity it evokes by reflecting everyday life as well as the hopes and dreams of ordinary people. 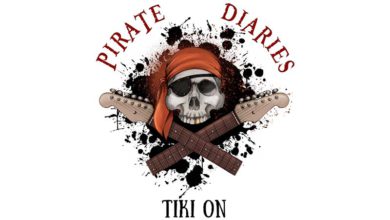